Sue Minter has taken a step toward sharpening her political profile, in an interesting and timely way. From the Vermont Press Bureau:

Minter, one of two Democratic candidates for governor, has come out strongly in favor of requiring universal background checks for all firearm sales in Vermont, regardless of the nature of the transaction.

Well. That should get her a heapin’ helpin’ of backlash from the gun-rights crowd. And if Minter continues to push the issue, it will be a test of what the pollsters say: that there is broad support for universal background checks, but a very loud minority keeping the issue off the table.

For his part, fellow Dem Matt Dunne was notably more circumspect, saying only that he would be “open to discussing any strategy that would reduce gun violence.” Which kinda means exactly nothing.

The two Republican candidates, as you might expect, are against any changes to state law. Bruce Lisman asserts that state law isn’t broken and “doesn’t need to be fixed.” For his part, Lt. Gov. Phil Scott seemed a little unclear on the concept of of “universal background checks.”

“We already have universal background checks. I’ve been through them myself.”

Er, sorry, Phil, we don’t. (He seems to be having trouble with this policy stuff.) But pray continue.

As a Vermont boy myself, trading one off with my neighbor or a family member is a right I think we should have,” Scott continued. “Vermont has one of the lowest crime rates in the country and I think we are searching for an answer for a problem that doesn’t exist.” 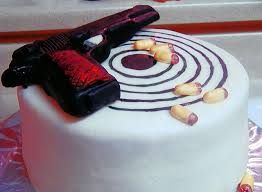 While Vermont does have a low crime rate overall, we fare poorly in one particular area. And it’s a big one:

This month, the Violence Policy Center released the newest iteration of its continuing study tracking the number of women murdered in the United States by men. As it turns out, Vermont has the eighth-highest rate of any state, with 1.58 victims killed per 100,000 people.

And most of those women were killed by men they knew, not strangers.

Phil Scott and Bruce Lisman have a blind spot when it comes to domestic violence, which is not uncommon in men. But they need to be enlightened. Vermont is generally blessed with low crime rates, but we have a specific problem with domestic abuse that escalates to murder or serious harm, usually because of the presence of guns.

Just ask Wynona Ward, the Orange County trucker-turned-lawyer who founded “Have Justice Will Travel,” an organization that seeks to end domestic violence and help its victims. She says that women in rural Vermont are often isolated by geography, they are dependent on their abusers, and face serious obstacles in escaping their situations. Many of those abusers own guns, and aren’t afraid to use them.

When I was in law school, I sat in Orange County [court] and read almost 200 affidavits where [people] – mostly women – were asking for relief from abuse hearings and sometimes they wouldn’t come back to finalize them. And when they did come back, the batterer had the purse strings [to] hire an attorney and the victim couldn’t. So she would be there to litigate for her safety and her children’s safety against an experienced attorney in a courtroom. You’re sitting three feet from the guy that may have kicked you, or hit you, or threatened your life, or held a gun to your head…

There are serious shortcomings with Vermont’s gun laws in cases of domestic violence. Earlier this year, the state enacted a new law barring a person who has been convicted of a violent crime from possessing a firearm. That’s a step in the right direction, but more is needed. The law should also require the surrender of firearms from the scene of a domestic violence incident or from the possession of a person subject to a protective order.

All of this is my full response to a Tweet sent on Thursday by political consultant Jason Gibbs, who’s working on the Phil Scott campaign. This Tweet was part of a thread between Gibbs and the Vermont Press Bureau’s Neal Goswami:

@nealgoswami name one crime in vermont it would have prevented

There’s your answer, Jason. If we required universal background checks, fewer women would be killed or wounded by gun-wielding domestic partners.