Reclusive Montgomery Ward heiress Lenore Broughton, who must be referred to as “reclusive heiress” under the immutable laws of journalism, is by a longshot the most generous conservative donor in Vermont.

She is, of course, a modestly-sized frog in a tiny pond. She’s nowhere near the DeVoses or Uihleins of the world. But in Vermont, she’s got enough muscle to move our political center of gravity to the right.

Fortunately, she has no idea how to effectively spend her money. She wastes a lot of it on fruitless ventures, outmoded ideas, and candidates who are far too conservative to make any difference in public office even if they win. (What should she do instead? Read on, my friend.)

Most recent example: Broughton donated a cool $100,000 to Vermonters for Good Government Action, the thinly-veiled anti-abortion group trying to defeat Article 22. In a year when 59% of voters in goddamn Kansas refused to open the door to abortion restrictions, what hope is there of prevailing in deep blue Vermont?

You might chalk that up to unshakable belief. Broughton probably can’t help but spend heavily against reproductive rights. But how do you explain her bankrolling True North Reports, that seldom-read outpost of conservative commentary and “news”? There’s no way to know how much she spends on TNR because it’s a private venture, but it must be quite a lot. The return isn’t a bang for her bucks; it’s more like a wet fart.

END_OF_DOCUMENT_TOKEN_TO_BE_REPLACED

When Jeb Spaulding became newly-elected governor Peter Shumlin’s top cabinet official in January 2011, his little-known deputy was chosen to serve out the remainder of his term.

That deputy went on to become, arguably, the most popular officeholder in the Vermont Democratic Party. She routinely got loud, sustained ovations at VDP gatherings, and was at the top of many Democrats’ wish lists as a candidate for governor. But she had no interest in being anything other than Treasurer.

And now Beth Pearce has announced her retirement as Treasurer at the end of her term, when she will have served 12 years in the office.

First and foremost, all the luck in the world to Pearce as she battles cancer. Having watched Pearce in action, I have to say cancer has no idea what it’s in for.

END_OF_DOCUMENT_TOKEN_TO_BE_REPLACED

Sooner or later, the Vermont Republican Party will have to sort through some stuff. Some unpleasant, downright Trumpian stuff swirling around Rutland these days, sparked by the proposed settlement of 100 Syrian refugees.

It won’t be an issue this fall — except in Rutland. And it will be interesting to see what, if anything, Phil Scott has to say about it. To judge by his usual metrics, he’ll come out with a mealy-mouthed thing about taking everyone’s views into consideration and finding common ground.

Instead of, you know, the right thing: condemning the dog-whistle racialism being spewed by opponents of settlement — the likes of Rutland First and its allies.

The real moment of truth is likely to come next March, when the nativists will almost certainly field candidates who would block the settlement and try to defenestrate incumbent Mayor Chris Louras, the primary author of the settlement plan.

That’s when the VTGOP will have to choose sides. Or, you know, duck and cover.

END_OF_DOCUMENT_TOKEN_TO_BE_REPLACED

So, finally, we get our second window into the money game behind the primary campaigns. A few toplines:

— Phil Scott’s chugging along; will have to pick up the pace after the primary

— Sue Minter pulls ahead in the Democratic fundraising game

— Peter Galbraith is keeping his own campaign alive. Barely

And now, the details.

Wall Street millionaire Bruce Lisman has put $1.6 million of his own money into his campaign, raised precious little money from others, and has been spending at a blistering pace. He’s raised more than $1.8 million, but he has less than $200,000 cash on hand.

But let’s stop for a moment and savor the fact that Bruce Lisman has already spent more money than any gubernatorial candidate in Vermont history — and the primary is still three and a half weeks away. And he places dismally in the available polls.

END_OF_DOCUMENT_TOKEN_TO_BE_REPLACED

The year 2012 brought forth a pair of  political consultants cashing in on conservatives with more money than sense. There was Randy Brock, who lost by 20 points to Shumlin and, in the process, spent $100,000 on campaign “manager” Darcie Johnston.

And lest we forget Lenore Broughton, Montgomery Ward heiress and would-be conservative game-changer. Her right-hand man, Tayt Brooks, squandered more than a million Broughton Bucks in a fruitless effort to influence the 2012 election through the “grass root” (singular) organization Vermonters First. Once bitten, twice shy; Broughton has barely been a factor in Vermont politics since then.

This year brings a new entrant into the Vermont Conservative Consultancy Hall of Shameless: Shawn Shouldice, chief of Capital Connections, the notorious black-hat lobbying shop. She’s attached herself, limpet-like, to the political underside of Bruce Lisman, and she’s milking that cash cow for all it’s worth. (Pardon mixed metaphor.)

Shouldice makes a very good living as an advocate for some of our biggest and dirtiest business groups. Her client list includes the National Federation of Independent Businesses, the National Association of Manufacturers, the Pharmaceutical Research and Manufacturers of America (PhRMA), and the Vermont Fuel Dealers Association. Shouldice was also the PR arm of Lisman’s advocacy group Campaign for Vermont.

Last fall, she stepped away from active lobbying to become the campaign manager of Lisman for Governor. Her salary, according to my reading of the latest campaign finance data: $14,500 per month. On an annual basis, that’s $174,000.

Now, Shouldice is an experienced lobbyist and advocate. But she is, as one observer put it, “a newbie to campaign management.”

END_OF_DOCUMENT_TOKEN_TO_BE_REPLACED

Well, this could be interesting. In fact, if anyone in the Vermont media can spare a reporter, I’d suggest a trip up to St. Albans.

That’s right, friends. All of Franklin County’s Republican luminaries under one roof. With Phil Scott his very ownself. And Tayt Brooks, fresh off a star turn teaching CPAC attendees the useful lessons of past successful campaigns. Presumably not including anything that Tayt Brooks ever worked on. He was last seen in these parts spending a million-plus of Lenore Broughton’s fortune to absolutely no effect in the 2012 campaign.

END_OF_DOCUMENT_TOKEN_TO_BE_REPLACED

This ought to be fun. 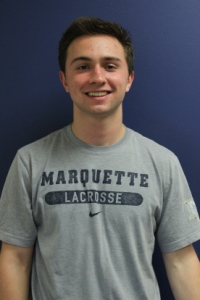 The link takes you to an announcement that, yes indeed, Matt Walker will be guest speaker at an Activism Training on Thursday evening at UVM.

Event organizer is none other than American Majority, the “raising up the next generation of nutballs” group whose Vermont chief is Tayt Brooks, former Douglas administration flunky and the guy who blew a million bucks of Lenore Broughton’s fortune on the ill-fated Vermonters First “buy an election” effort. This whole event stinks of the conservative big-money network spearheaded by the Koch brothers. END_OF_DOCUMENT_TOKEN_TO_BE_REPLACED

On Monday, the Forbes website posted a piece by columnist James Conca entitled “Closing Vermont Nuclear Bad Business For Everyone.” Judging by Conca’s oeuvre, he is a complete apologist for nuclear energy… but that’s not my point here.

My point is the fundamental dishonesty of his column, based upon one crucial omission. And I quote:

As anyone with the most glancing exposure to the facts could tell him, it was not Vermont’s choice to close Vermont Yankee. It was plant owner Entergy’s choice, For financial reasons having to do with changing market forces, not with Vermont’s overzealous radical socialist hippie-dippie hatred of Big Nuke.

Sure, Vermont had a more skeptical regulatory eye than other host states. Completely justified, IMO, because of Entergy’s terrible track record as plant operator. But Entergy made the decision to close VY on its own. It was a surprise to everyone in Vermont, because it came in the midst of Entergy’s full-court-press legal battle to keep VY open. Indeed, by all indications, Entergy was very likely to win the case and a 20-year license extension.

Mr. Conca is either criminally uninformed for an energy columnist at a major publication, or he’s ignoring the facts to suit his argument. In short, he’s either stupid or a liar.

All that is bad enough. But now, at least three members of Vermont’s terminally frustrated conservative minority have picked it up.

As an outsider, James Conca may have the slightest figleaf of deniability for basing his argument on a canard. But Brooks, Keefe, and Johnston cannot possibly claim ignorance.

No, they’re spreading this column around because it suits their political interests, regardless of how it misrepresents the real situation.

I’m sure this is just the beginning of Vermont conservatives’ efforts to trumpet Conca’s essay as more proof of the evil Democrats’ anti-business agenda. Even though they know full well that the entire column is built on a foundation of quicksand.