So yeah, Bill Lee’s running for governor on the Liberty Union ticket. I’ll give him this: he’s the only Vermont gubernatorial candidate to be mentioned on ESPN. He’s also the only candidate with a line of his own on baseball-reference.com. (110 wins, 90 losses, 3.62 ERA)

Otherwise, it’s a nice novelty and nothing more. After all, how’d the rest of that song go?

But now that I am a spaceman

Nobody cares about me

Not that Lee’s candidacy is meant to be taken seriously, but let’s do that for just a moment.

On the one hand, he says Vermont “is a perfect state,” and he wouldn’t do much as governor. On the other hand, his platform includes universal health care, marijuana legalization, abolishing the US/Canada border, turning the Bay of Fundy into a giant hydroelectric power source, and “bring[ing] the Tampa Bay Rays back to Montreal.”

Long reach for a little joke, especially considering the Rays were never in Montreal. They’ve always been in Tampa. The ex-Expos are now d.b.a. the Washington Nationals. So even his grasp of baseball is a little shaky.

END_OF_DOCUMENT_TOKEN_TO_BE_REPLACED

In case you haven’t noticed, there’s one guy who tends to provide comment and reaction quotes to the media on behalf of the Vermont Republican Party. 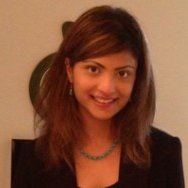 Meg Hansen, from her LinkedIn page. (Fair use!)

And there’s a person at the controls of the Turner Quote Machine. Her name is Meg Hansen. She handles “strategic communications” for the House Republican Caucus. And she has a very enlightening Twitter feed, for those who still think Vermont Republicans are really a different breed than their national counterparts.

This is the kind of person who’s crafting the Vermont Republican message these days.

She’s been harshly critical of Syrian refugee resettlement, invoking the myth that refugees are a big fat drain on the public treasury. (In fact, the vast majority of refugees quickly become productive members of society.)

#VT dismal fiscal future won’t stop Dems from taking on millions more in debt w/ #SyrianRefugees. Not like they have to pay for it! #vtpoli