In one of my campaign-finance day posts, I noted that Democratic State Senate candidate Becca Balint had received a $1,000 donation from a Jane Lynch in Los Angeles, California. And I asked, here and in a Tweet, if that was the “Jane Lynch” from Glee, etc. 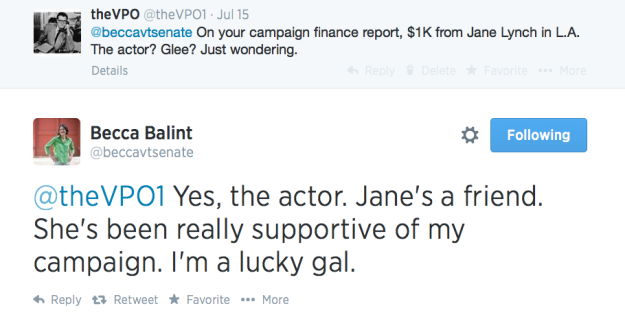 I’d claim a scoop, except the last time I did that in an obviously facetious way, a humorless commenter raked me over the coals for overhyping myself. So I’ll just leave it at, congratulations to Ms. Balint for having friends in high places — and for having a very successful first fundraising period.