To be fair to Mitch: (1) his Tweet came first. It wasn’t a response to the WPTZ item. And (2) Only in my particular combination of Twitter followers would these two Tweets appear back-to-back.

For the first time in his Lieutenant Gubernatorial life, Phil Scott faces an honest-to-goodness, fully-financed candidate who can match him dollar for dollar.

And how does Everybody’s Buddy react to the situation?

Kicking, screaming, and griping, pretty much. 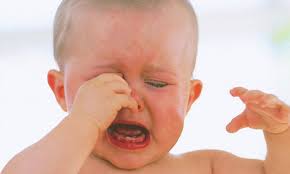 Our Lieutenant Governor. (Not exactly as illustrated)

As reported by VTDigger’s Anne Galloway, Scott’s recent speech to a Republican gathering was full of complaining about Dean Corren’s publicly financed campaign.

Scott bemoaned the notion that the money for public financing will come out of the state budget.

“It’s coming out of our tax dollars in some form,” Scott said.

Well, yes and no. As debated and approved by the State Legislature, the money is set aside for the purpose of financing any candidate who qualifies for it — which is a very difficult thing to do. Corren had to amass more than 750 donations from registered Vermont voters, none of which could be over $50. He did it in a little over a month. This system’s been in place for quite a few years, and Scott never uttered a peep of protest until now, when the system is aimed squarely at his precious sinecure.

This isn’t the first time Scott has whinged about public financing since Corren qualified. Indeed, so far, it seems to be the major running theme of his campaign.

Which could be a matter of principle. But there’s a distinct whiff of sour grapes about the whole thing. If Scott continues down this very unappealing trail, he could lose a lot of his bipartisan appeal.

Also, he said one thing that prompts a Serenade For Tiny Violins:

“I receive letters from people who said I can’t afford to send you money, I’m living on a fixed income. I support your cause, I support you. Please help us, please make the state more affordable so we can all live here.”

See, Phil Scott’s at a disadvantage because all of his potential supporters among Vermont’s poor and retiree population can’t afford to underwrite his campaign. And it’s all because of Dean Corren’s heartless raid on the public treasury, forcing their tax burdens ever higher.

But that’s not the end of Scott’s bellyaching. He’s also repeating, ad nauseam, his displeasure with Governor Shumlin’s endorsement of Corren. The Freeploid’s Terri Hallenbeck:

Scott said he was surprised that though Shumlin has said he will steer clear of his own re-election campaign until September, he decided to weigh in on the lieutenant governor’s race. “I thought he made up his mind he wasn’t going to campaign until Labor Day. I guess he didn’t include me in that,” Scott said.

Although I’d dearly love to see a campaign featuring the whiny bastard side of Phil Scott, it’d be best for our public discourse and for the dignity of the Office Of The Lieutenant Governor if he would stop complaining and face up to the task at hand. You know, roll up his sleeves and get to work.

He’s supposed to be good at that, isn’t he?