Something struck me in last night’s election returns. Specifically, the two-seat switch from R to D in the state senate, the Republicans losing their last remaining seats in Chittenden and Washington Counties.

Those two seats had been held for years by moderate Republicans Diane Snelling and Bill Doyle. In the absence of those popular stalwarts, it’s hard to see the R’s being competitive in Chittenden or Washington anytime soon. Meanwhile, the VTGOP strengthened its grip in Franklin and Rutland Counties, which used to be prime D/R battlegrounds.

I see a clear political topography emerging. There’s Freeway Vermont, which stretches along I-89 from northern Chittenden County to White River Junction, and along I-91 from Thetford or thereabouts all the way to the Massachusetts border. That’s solid Democratic territory, with Republicans struggling to even recruit candidates, let alone win.

Then there’s Two-Lane Vermont, the back roads and small towns plus a few cities that have been, to a large extent, left behind by the tide of progress. Rutland is the prime example. I include St. Johnsbury, St. Albans, and Barre in that number.

END_OF_DOCUMENT_TOKEN_TO_BE_REPLACED

For the first time, America has elected a member of the WWE Hall of Fame to the presidency.

Yes, Donald Trump is enshrined in that (so far) imaginary Valhalla of pro wrestling legends due to his starring role in WrestleMania XXIII (which, fittingly, involved hair).

It all fits together, in fact; about the only way I can frame Trump’s victory is in pro wrestling terms. But he’s not Vince McMahon or Stone Cold Steve Austin; he’s this guy. 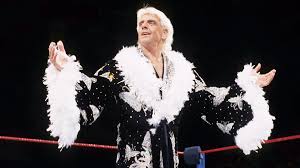 For those unfamiliar, that’s Ric Flair, legendary grappler who proudly calls himself The Dirtiest Player In The Game. That stylin’, profilin’, eye-gougin’, low-blowin’, referee-distractin’, 16-time World Champion, the lifelong bad guy who nonetheless captured the hearts of wrestling fans.

And then there’s the womanizing, the preposterous hair, the impenetrable shell of narcissism resistant to any personal, legal, or financial problems. Donald Trump is Ric Flair.

END_OF_DOCUMENT_TOKEN_TO_BE_REPLACED

I think Sue Minter is our next governor.

In my partial defense, I got just about everything else right: the breakdown of the new Legislature, the failure of the Republican ticket below the top line. But my prediction on the biggest race in the state couldn’t have been more wrong. I went further than most in predicting a Sue Minter victory, but I don’t think anybody — not even Republicans — saw a near-double-digit win for Scott. Heck, Vermont Pundit Emeritus Eric Davis said it was “too close to call.”

I warned you I wasn’t very good at predictions. I hope I’m a little better at analysis. Here goes.

After an epic-length campaign lasting a year and a half… after the spending of insane amounts of money by Vermont standards… after a unified Democratic homestretch with a healthy assist from Bernie Sanders… after a tsunami of outside money and endless TV ads and mailers… we might as well have had no campaign at all. The fundamentals going in — Phil Scott’s personal popularity, fatigue with the Shumlin administration, and Vermonters’ clear pattern of switching parties when there’s a vacancy in the corner office — were the deciding factors at the end.