The news arrived on Friday and got buried under the end-of-session avalanche: State Senator-In-Waiting Norm McAllister will face two separate trials on multiple sex-crime charges. Trial was slated to begin today, but the first of the two proceedings has been postponed until June 15. That’s the one regarding McAllister’s former “assistant,” which will feature testimony from McAllister’s legislative colleagues. That’ll be a real get-your-popcorn moment. (The second trial has yet to be scheduled.)

But that wasn’t the most interesting point.

No, the most interesting point is that McAllister is actively mulling a run for re-election. He told Seven Days’ Terri Hallenbeck, “I probably will file anyway. I can always change my mind and decide not to run later.”

No surprise to me. I’ve been saying all along that there’s nothing to stop McAllister from seeking re-election. Indeed, there’s nothing in state law to bar him from returning to the Senate if he wins in November — even if he’s convicted and facing prison time. The Senate does have authority to determine if someone is fit to join their august body, and it wouldn’t be hard to exclude him — if, indeed, he is convicted. If he’s acquitted, on the other hand, the Senate would be hard-pressed to banish him. He’d make everyone horribly uncomfortable, but that doesn’t constitute grounds for exclusion.

END_OF_DOCUMENT_TOKEN_TO_BE_REPLACED 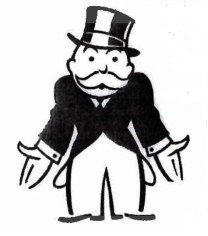 Break out the tiny violins. Hold an onion under your eyes and squeeze out a few tears for Ariel Quiros, alleged EB-5 fraudster. His assets have been frozen by a federal court, and he’s having trouble making ends meet. Probably eating cat food for dinner and shacking up under a freeway bridge.

He’s claiming poverty in a court filing discovered by VTDigger’s Anne Galloway. But it’s a very special definition of “poverty” that could only come from a man accustomed to great wealth.

Quiros claims he needs $100,000 a month for “so-called reasonable living expenses.” In addition, Quiros is seeking $300,000 [a month] for professional expenses related to his court case.

Yeah, a hundred G’s just doesn’t go very far these days. I wonder if he qualifies for food stamps.

END_OF_DOCUMENT_TOKEN_TO_BE_REPLACED

The media postmortems on Legislature ’16 are rolling in, and they’re not kind to Governor Shumlin.

The Burlington Free Press’ Sunday front page has a big ol’ photo of the Guv looking nonplussed, the bright lights showcasing the furrows on his brow, with a headline reading “BIG REQUESTS FALL SHORT.” The story emphasizes his pushes for legalized marijuana and divestment from some fossil fuel stocks, which both fell short.

Over at VTDigger, the headline slyly referred to Shumlin’s legislative accomplishments as “nothing burgers,” a phrase destined for his headstone. The story, by ol’ buddy Mark Johnson, was just shy of devastating.

While the governor touted numerous accomplishments in his final late-night adjournment address — and some lawmakers did too — many who serve in the Legislature saw something different this session: a once powerful chief executive weakened by a close election, who lost support on the left when he dropped plans for a single-payer health care system, was hurt by ongoing problems with the health care exchange and then saw any remaining leverage dissipate when he announced last year that he would not seek re-election.

Indeed, Shumlin’s 2016 agenda was largely jettisoned by lawmakers. But there is another way to look at the just-concluded session. It accomplished quite a few things that went almost unnoticed in Vermont, but would have been big news almost anywhere else.