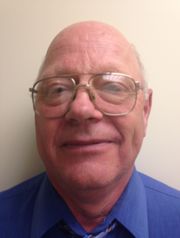 There’s a face only a mother, or someone behind on their rent, could love.

The disgraced and [ALLEGEDLY] disgraceful Norm McAllister continues to, ahem, “serve” the people of Franklin County as one of their two state senators. Some of his constituents are circulating petitions asking him to resign; many people, including Your Obedient Serpent, have called for the Senate to DO SOMETHING in spite of its convenient state of adjournment; and those same people have wondered why Republicans are so curiously circumspect about their [ALLEGEDLY] disgraceful brother in arms.

So I got a call from Joe Benning, Senate Minority Leader, seeking to explain the Senate and VTGOP side of things. He made some very good points, both politically and institutionally.

First of all, he noted, “Everyone in the Republican Party I’ve talked to hopes that he will see that the difficulties before him are too great” for him to continue in office. And although the VTGOP’s efforts have been almost entirely behind the scenes,

It’s not like anyone is sticking their heads in the sand. …I’ve had two conversations with him and let him know my concerns. There are people in the county and state parties who are having ongoing conversations. He’s mulling over those conversations.

Benning hopes that McAllister will realize that he’s politically isolated, and facing a process likely to take “a year or more.” In other words, beyond the 2016 legislative session and well into the campaign. There’s a nightmare scenario for the Republican Party.

He is examining the court process. The way that works, the defense and prosecution will get together and create a discovery stipulation [a timeline for the process, including projected trial dates]. After that, the process will be clear and Norm will have to face it.

This will take a lot longer than he anticipated. They have not begun the process of deposing witnesses; that takes a while. Motions might be issued; a host of things could happen that would delay the process. There are two complainants; his attorneys might seek to separate the two complaints into two trials. The trial may have to move to another county. From my experience, it will be a year or more before all this is finished.

Clearly, Norm McAllister is a stubborn old cuss with the political sensitivity of a rhino’s hindquarters, and he’s listening to close friends and allies who believe he’s done nothing wrong. Republicans like Benning believe that public pressure is likely to reinforce his mulishness, while a campaign of quiet persusasion will pay off in the end. This may well be true, but it does make the Party appear detached; the longer this goes on, the worse it is for the VTGOP’s image.

The Senate is anxious to be rid of this insolent beast no later than the end of the year, because everyone knows what it would be like for Norm McAllister to show up at the Statehouse in January. It’d be a complete circus, with reporters and cameras following his every move and pestering lawmakers with endless questions about the case. “It’s not in anyone’s interest to have this going on during the session,” Benning said.

As for removing McAllister:

Nobody wants to go in that direction, but it’s possible. We’ve researched the issue; it’s never been done, so we’re in new territory.

Some have pointed to the lack of precedent as grounds to simply remove McAllister. That’d be simple, quick, and satisfying; but it would also set a problematic precedent for future cases. Plus, as Benning pointed out, the lack of due process could open the door for McAllister to take his ejection to the courts. So here’s the process fashioned by Senate leadership after consulting the state constitution and Mason’s Manual of Legislative Procedure, which is the official parliamentary rulebook of most state legislatures:

Senators, particularly Republican Senators, don’t want things to go that far. They see an expulsion hearing and vote as a degrading process. Of course, no matter how degraded the Senators might feel, it’s nothing compared to that suffered by McAllister’s [ALLEGED] victims. It’s not even comparable to the degradation McAllister’s constituents must feel.

But the point about degradation, relative or not, is that Senators and Republicans are desperately hoping McAllister will see the light on his own. Benning pins his hopes on the harsh reality of the discovery stipulation, which should make it clear that McAllister can’t hold out for a quick conclusion to the legal case.

This slowplay process leaves the good people of Franklin County suffering the indignity of having Norm McAllister as one of their two Senators, and leaves Republicans suffering the damage to their image as they quietly try to convince Good Old Norm to just please, please, PLEASE go away.

11 thoughts on “What do you do with a Senator like that?”