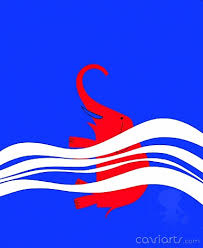 I guess the Republican State Committee held a meeting today. Sorry, couldn’t make it; had to get the chores done before the Women’s World Cup came on.

VTGOP Chair David Sunderland delivered a pep talk (of sorts) to the assembled dozens, in which he bravely talked up the party’s rebuilding effort. The text has been posted on the party’s website; highlights and annotations follow.

Despite the misleading proclamations of Democrats and other negative nellies, our fundraising is very strong. IN FACT, we have substantially more cash on hand this year than we have had at this time in any year since 2008. Isn’t that great news?!

I don’t know how you verbally express “?!”, but I’ll gladly accept my Negative Nellie Membership Card, since I recently posted a far-from-glowing review of the VTGOP’s recent financial reports. And yes, Sunderland is right, they’ve got more money flowing than “in any year since 2008,” but that’s not saying much. Indeed, it’s almost certain that the VTGOP’s finances were at an all-time low during the first four years of the Shumlin administration.

Remember the dark days of 2012, when the VTGOP accepted monthly handouts from the Romney campaign just to keep the lights on? Remember that the party went for several years without a single paid staffer? Now, they have a payroll of one (Jeff Bartley). A top Dem I talked with recently couldn’t imagine trying to run a major party with only one paid staffer.