Gee, maybe this is the reason for Vermont’s demographic crisis.

You know Canada, that country to our north? The socialist nightmare with high taxes, a robust social safety net, single-payer health care and tough regulations on the financial sector?

Well, for the Millennial generation, it’s a lot better place to live than the United States. This, according to a study by TD Bank, which as far as I know is not a commie-pinko front organization. So maybe our kids are all moving north.

Canadians aged 25 to 34 are more likely to have jobs than Americans of the same age (nearly 80% are employed, compared with less than 75% of Americans). American millennials are worse off than their compatriots from Generation X (the cohort that came just before them). In Canada millennials’ household incomes are 16% higher. Just over half are homeowners, compared with 36% in the United States.

Huh. I guess nobody told them they’re being downtrodden by an oppressive regime.

And why do young-adult Canadians fare so much better? No, sorry, it’s not Stephen Harper’s devout efforts to turn his country into a free-marketeer’s wet dream. In fact, Millennial prosperity exists precisely because of Canada’s democratic socialist blots upon economic opportunity.

END_OF_DOCUMENT_TOKEN_TO_BE_REPLACED

The decrying of “burdensome regulation” is often heard in our land. It discourages entrepreneurship; it’s leaving us behind in the global economy; it raises prices on everything we buy.

All true, to some extent.

But regulations don’t just happen. They are responses to excesses in the marketplace. They are necessarily imperfect responses; bureaucracy is not a precision instrument. Dodd-Frank, whatever its flaws, would not exist if the Wizards of Wall Street had a smidgen of foresight or conscience, if they’d been able to resist the temptation to make a quick billion off toxic derivatives and Collateralized Debt Obligations.

And now we have a new exhibit in our Gallery of Free Market Excess. It’s completely unnecessary, it’s hazardous to the environment, and even industry leaders acknowledge they don’t need it. 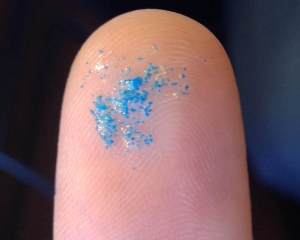 Environmentalists and water quality advocates want them outlawed because the non-biodegradable plastic waste is washed down the drain and slips through nearly all of the state’s wastewater treatment plants.

… No studies measure quantities of microbeads in Vermont’s waterways. But scientists who study Lake Champlain say the beads can be spotted along the shores.

Marine animals consume the microbeads, which can cause internal blockages. Scientists also say that toxic pollutants “attach themselves to the plastic beads like a sticker,” and then head up the food chain.

Who the hell thought it was a good idea to put teeny-tiny nonbiodegradable plastic bits into consumer products? Why do Vermont lawmakers have to spend their time debating a bill to ban them?

Well, now you know where regulations come from.

What’s worse, the microbeads are completely superfluous, according to Martin Wolf of Seventh Generation, a Vermont company that uses natural alternatives.

“Microbeads are nonessential. Substances exist that are mineral or biodegradable, perform the same function, and have no meaningful impact on the economics of the products in which they are used,” he told the Fish and Wildlife Committee.

Mike Thompson, who put his soul in escrow to take a job representing the Personal Care Products Council, says “the industry is committed to phasing out microbeads on a timely basis.”

Of course, his definition of “timely basis” may not be yours. The Vermont bill would ban microbeads on January 1, 2017. That’s too fast for Thompson; he wants December 31, 2017, to match a law already on the books in Illinois. And Jim Harrison, the ever-vigilant head of the Vermont Retail and Grocers Association, “prefers a bill that gives retailers time to sell existing inventories.” What, two years isn’t enough?

How many bazillions of microbeads would be flushed into our rivers and lakes during the year 2017? Can’t the industry manage to make the change in two years, instead of three?

Government regulation is, at times, wasteful, inefficient, and counterproductive. The only thing worse than regulation, thanks to the madly-spinning engines of commerce, is no regulation.