Early next week, the State Senate Democratic caucus will hold its organizational meeting for the new biennium. They will elect a new President Pro Tem to replace John Campbell; a new Majority Leader to replace Phil Baruth; and they will name the three members of the organizationally crucial Committee on Committees, which will later dole out committee memberships and appoint chairs and vice chairs.

Scuttlebutt has it that Sen. Tim Ashe has the Pro Tem job wrapped up, and that Windham County’s Becca Balint will succeed Baruth.

And it seems inevitable that Dick Mazza will retain his spot on the CoC, in spite of his long and loud advocacy for Republican Phil Scott’s gubernatorial bid. (And before that, Brian Dubie’s.) Honestly, Mazza might as well have spent 2016 just flipping the bird to the Democratic Party.

But all indications are that he’ll be reappointed. Which is weird in a lot of ways. First, the aforementioned display of apostasy.

Second, the other two members of the CoC are the President Pro Tem and the Lieutenant Governor. When that was John Campbell and Phil Scott respectively, they were like peas in a pod with Mazza.

But two guys who came out of the Progressive Party making common cause with Mazza? What that says to me is that Ashe and Zuckerman are more invested in the institution of the Senate than in advancing progressive policies.

Third, they’d all be from Chittenden County. Shouldn’t we be interested in a little geographic balance?

Fourth, and most striking to me, is that they’re all men.

Seriously? This doesn’t trouble Ashe or Zuckerman in the least?

The new Senate will have nine female members. Couldn’t we have at least one on the CoC? 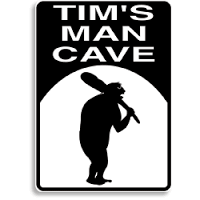 We just went through a campaign in which women were humiliated by the antics (and election) of Donald Trump, and their hopes of history-making were dashed in the races for president and governor. Why give ‘em one more slap in the face?

(Meanwhile, New Hampshire will have a Congressional delegation made up entirely of women. We’ve got a lot of catching up to do.)

I attended a Senate Dems’ organizational meeting in the recent past, and witnessed none other than Tim Ashe raising his hand to nominate Dick Mazza for another term on the CoC because he’d done such a bang-up job.

Yeah, well, Some of the decisions handed down by the Campbell/Mazza/Scott triumvirate had been more than a little stinky. For example, giving the Natural Resources Committee chairmanship to climate change denier Bob Hartwell and packing said committee with opponents of ridgeline wind. I also recall some punitive treatment of Sen. Ann Cummings after she had the temerity to briefly challenge Campbell for the Pro Temship. The CoC mysteriously stripped her of the Finance Committee chairship and relegated her to some of the Senate’s less influential committees. Funny, that.

(I’m sure it was mere coincidence that after Ashe led the charge for Mazza, the CoC gave him the plum gig of Finance Committee chair.)

Then there’s Claire Ayer, who’s been bumping up against a glass ceiling for some time. She pondered a bid for the Majority Leadership in 2014 and she’s talked of running for Pro Tem this year, although it appears to be in the bag for Ashe.

An argument often made for Mazza’s continued presence on the CoC is that his institutional memory and knowledge are invaluable.

Okay, sure. But Ayer was first elected to the Senate in 2002. Maybe she’s picked up a little knowledge herself in the past 14 years. Jeanette White’s been there just as long, and Jane Kitchel has been a Senator since 2004. And hey, the aforementioned Cummings first entered the Senate back in 1997.

See, a penis is not a prerequisite for institutional memory.

I doubt that there’s some nefarious Skull and Bones aspect to the CoC — although it does resolutely refuse to open its meetings to the public or the media. If they’re planning to re-up Mazza, it’s probably just a matter of blindness to the implications of the move.

Which is something that men are awfully good at — being blind to gender imbalance.

Anyway, at this late date and with the deal most likely already done, let me put out a howl into the wind for replacing Dick Mazza with one of the four women cited above — any of whom would bring geographic as well as gender balance to the Senate’s corridors of power.

If Ashe and Zuckerman are as progressive as their political pedigrees would indicate, you’d think they’d give that some serious consideration at the very least.

While they’re at it, maybe it’s time to air out that musty, musky CoC and open its doors to public and media scrutiny. Nothing to hide, eh, boys?

4 thoughts on “No Gurlz Alowd”