Our Esteemed Leaders seem to be in the process of backpedaling away from a reform measure on the grounds that the problem hasn’t caused widespread mayhem just yet. In this case, it’s our antiquated way of deciding a gubernatorial election when no single candidate wins a majority. The problem slithered out of the dank recesses of Vermont history when Governor Shumlin barely eked out a plurality win over Scott Milne, and Milne refused to concede. Technically, we didn’t have a governor-elect until a couple hours before his inauguration.

Reminds me of my previous post about vaccines. Well, it’s a common theme in the Legislature. I call it Grandfather’s Lightbulb Syndrome, after the classic joke:

“How many Vermonters does it take to change a light bulb?”

“Change it? That was my grandfather’s light bulb!”

To which I would add, “And nobody’s fallen down the staircase yet!”

Several possible changes to our system have been proposed; all are simple, and any one would prevent future occurrences of a losing candidate fighting on or, worst case, a losing candidate actually winning election in the Legislature. Hey, it’s happened before.

So what will lawmakers do about it?  Sad to say, my money’s on Jack Diddly Squat. Because on issue after issue, they respond to potential problems by saying, “Why lock the barn door? We haven’t lost any horses yet.”

Think I’m too cynical? Take a look at this.

The chair of the Senate Committee on Government Operations said Wednesday she’s not so sure Vermont should amend its constitution to limit the legislature’s role in selecting statewide officeholders.

“We are more seriously looking at whether we need to have a change,” Sen. Jeanette White (D-Windham) said.

Well, Senator, what exactly would convince you that we need to have a change? An actual Constitutional crisis instead of a near-miss?

After the hearing, White said she remained “confused” about her own position.

“Part of me says it’s fine just the way it is,” she said. “It seems to work. People are elected.”

Don’t blame me, Senator, when your horse gets stolen or someone falls down the staircase.

As the Great Disneyland Measles Outbreak continues to reverberate, attention is rightly turning to Vermont’s permissive rules on opting out of childhood vaccinations. The state allows parents to claim religious, medical, or philosophical grounds for refusing vaccinations; the vast majority of exemptions, according to the state Health Department, are in the undefined “philosophical” category. 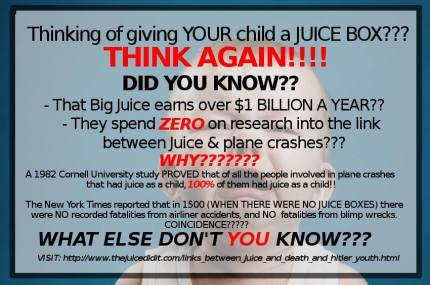 Most of these are not philosophical at all; they are the result of anti-vaccine propaganda fomented by the likes of Jenny McCarthy and a disgraced former doctor. Their numbers in Vermont are growing, and getting close to the point where “herd immunity” will no longer be effective, and long-banished disease can make a comeback.

This is exactly the problem that caused the Disneyland outbreak, and it’s only a matter of time before it happens here. One brave lawmaker has stepped up to the plate; Sen. Kevin Mullin has proposed a bill to eliminate the philosophical exemption. He also did so in 2012; the Senate passed the bill, but the House backed away like a frightened child when the anti-vaxxers stormed their gilded corridors.

There seems to be little appetite for a repeat of that debate, in spite of the growing risk. Governor Shumlin, who strongly endorses vaccination, wants no part of another exemption debate, according to spokesman Scott Coriell:

The Governor believes that every child in Vermont should be vaccinated against deadly diseases, not only to protect them but also to protect others. …When it comes to the question of forcing those parents who refuse to follow common sense to do so, the legislature had that debate in 2012 and a bipartisan majority in the legislature passed a bill that requires enhanced education for parents and reporting on vaccination rates.

…While the Governor believes there is no excuse to forgo vaccinations, he thinks we need to be extremely careful about passing laws that put the state in the position of making decisions for children without parental consent.

That sounds almost exactly like the statement that just got New Jersey Gov. Chris Christie in hot water:

“All I can say is we vaccinated ours,” Christie said, while touring a biomedical research facility in Cambridge, England, which makes vaccines.

The New Jersey governor added that “parents need to have some measure of choice in things as well, so that’s the balance that the government has to decide.”

You tell me the difference between Shumlin and Christie. There isn’t any.

And hey, here’s a little tidbit that might make some of our leaders think twice about their timidity: they’re making a daily commute right into the heart of a potential measles vector. According to the latest Health Department figures, kindergartners at Montpelier’s Union Elementary School have a Measles, Mumps and Rubella vaccination rate of only 88.7%. The standard for “herd immunity” is 90%.

The Governor and his fellow anti-vaxx coddlers might want to consider wearing facemasks to Montpelier, especially those with some kind of suppressed immunity.

Now, the anti-vaxxers are framing this the same way Shumlin is: as a matter of parental choice.

Problem: this is a matter of choice the same way smoking in enclosed spaces or wearing your seat belt is a matter of choice. On some issues, the public interest trumps individual rights. When parents opt out of vaccination, they are depending on the rest of us to supply their kids with herd immunity. They also pose a direct health threat to children who cannot be vaccinated for medical reasons, and to anyone with a suppressed immune system.

Vermont is trending in the wrong direction on vaccinations. We are needlessly endangering some of our more vulnerable residents and the general public health. But I guess it will take an actual outbreak before our lawmakers put on their grown-up pants and do the right thing.

A big oopsie from the Montana province of the great Gannett Empire.

On Jan. 28, the Washington Post’s Chris Cillizza released a (deeply flawed and incomplete) list of the “best political reporters” in each of the 50 states. One of the four Big Sky nominees was John Adams of Gannett’s Great Falls Tribune.

Unfortunately for the Trib, only two days after the list came out, Adams declined to go through the mandatory re-interviewing process for all Gannett journalists. He balked because his position — capital bureau chief — was being eliminated, and he didn’t want any of the jobs on offer.

After serious thought and consideration I opted not to apply for any of the positions. I have been very happy in my role as the capital bureau chief for the Great Falls Tribune and would have liked to have continued in that role, but I did not feel any of the available openings in the Tribune’s new “newsroom of the future” were a good fit for me.

Bad timing, Tribbies. By contrast, our local Gannett House O’ News ‘N’ Stuff, the Burlington Free Press, had the sense to jettison its two best political reporters (Terri Hallenbeck and Nancy Remsen) a couple months before Cillizza posted his list. The Freeploid still suffered the lesser embarrassment of having Cillizza name Mike Donoghue and April Burbank as two of Vermont’s top four state political reporters, when Donoghue’s beat is only partly political and Burbank had been on the beat for less than two months.

Well, it ought to be an embarrassment, but the Freeploid is actually proud of its reporters’ “achievement.” But then, it long ago established its reputation as Vermont’s Most Shameless Media Organization. Indeed, I wouldn’t be surprised if Cillizza’s source wasn’t someone inside the Free Press and/or Gannett; he depended heavily on reader nominations for states he wasn’t familiar with, and he clearly hasn’t a clue about Vermont. It’s hard to imagine an objective reader nominating Burbank (Donoghue maybe, just on seniority) for the honor. Nothing wrong with Burbank, she hasn’t been covering state politics long enough.

Expert-for-Sale-or-Lease Art Woolf has outdone himself in this week’s Burlington Free Press column. And that’s saying something, because just about every emission is a small shining jewel of cherrypicked statistics and unexamined dogma.

This week’s, though, hoo boy.

Maybe he’s been reading this blog, because today’s column is a 300-word attack on the idea of taxing the rich. His argument relies on the unlikely, and irrelevant, assertion that rich folks’ incomes are too volatile to be a dependable source of tax revenue.

Which may be true for individual taxpayers, whose incomes shuttle between well-off, rich, and filthy stinkin’ rich depending on the stock market, the purchase or sale of costly assets, and the convenient laundering of wealth to screw the taxman. (Woolf doesn’t mention the many, many tax advantages of being wealthy, and how they might cause volatility in rich folks’ tax payments.)

Woolf spends most of his column puttering around the definition of “rich,” and showing (with carefully chosen numbers) that these folks pay an impressive share of our total income tax revenue.

Well, of course they do. They earn an even more impressive share of our total income.

Now, if you look at statistics that Woolf conveniently ignores — total taxation as a percentage of income — you see that the rich pay lower effective tax rates than everybody else in Vermont. Here’s a chart from the Institute on Taxation and Economic Policy that I’ve posted before, but it’s relevant here:

Take all of our state and local taxation together, the richest Vermonters pay a smaller share than anybody else. Woolf conveniently ignores these figures. And he evades the obvious question they pose:

Did they pay their fair share? That’s a question a philosopher, not an economist, can answer.

Wrong, Perfesser. It doesn’t take a philosopher, or even an economist, to look at that chart and conclude that they don’t pay their fair share.

Woolf’s actual premise, that the state can’t depend on revenue from top earners, is irrelevant. Nobody is arguing for confiscatory taxation. Nobody is arguing that soaking the rich should be the foundation of our tax system. The real argument is fairness: are the rich paying enough? The answer, clearly, is no.

The revenue volatility is one of many serious problems caused by income inequality. The solution to the volatility is a fairer economy — one that doesn’t concentrate the wealth at the top end. A fairer economy would also be a stronger and more stable economy, since supply and demand would be in balance.

Why have our economy and our public finances struggled since the Great Recession? Because there are too many people who can’t afford to buy stuff, and consumer activity is by far our strongest economic driver. That’s why programs like food stamps and the Earned Income Tax Credit provide more economic stimulus than any corporate tax break or across-the-board tax cut: when working people get a little extra cash, they immediately fritter it away on things like food, housing, and heat.

But I digress. Woolf’s argument is misleading and intellectually dishonest. His conclusion is irrelevant to the actual public policy question in play. He also leaves us without a hint of an alternative solution to wealth inequality, unfair taxation, and an economy slumping due to a lack of consumer demand.