This is the kind of thing that inspires Harlan Sylvester conspiracy theories.

The narrative goes like this: Sometime back in 2009, Peter Shumlin tells “the most powerful man in Vermont politics” (h/t Shay Totten) he’ll keep a lid on taxes if Harlan paves his path to the corner office. 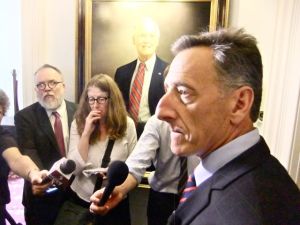 I can tell you lies, you can’t get enough.

It’s one explanation for the volume and desperation of Shumlin’s anti-tax rhetoric — aimed, need I remind you, at fellow Democrats.

Yesterday, the Governor slammed a House-passed plan to cap itemized deductions. And to put it plainly, he lied about it.

“Removing charitable deductions, the ability of Vermonters to deduct home interest from their mortgages, which promotes home buying, and removing the health care deduction when you’ve had catastrophic health care costs is a big mistake,” Shumlin says.

Now, that’s bullshit. Ain’t nobody “removing” nothing, and the Governor knows it.

END_OF_DOCUMENT_TOKEN_TO_BE_REPLACED

A state tax reform measure that would cap itemized deductions at 2.5 times the standard deduction has picked up quite a bit of steam in the Legislature. And right on cue, here comes the Flynn Center’s John Killacky to sound the alarm: limiting itemized deductions “could have dire… consequences for Vermont’s nonprofits.” 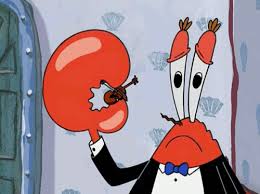 Pardon me if my heart doesn’t bleed. What he’s saying is that we have to let our wealthiest keep a whole lot of their money in hopes that they’ll give bits of it to charity. It’s a very inefficient way to encourage philanthropy, especially in a day when our regulation of “nonprofits” is so lax, it’s laughable.

Just one example. The Koch Brothers, and many of their fellow megawealthy conservatives, don’t actually donate much to political parties or candidates. No, they set up networks of nonprofit organizations with “educational” missions and — wowee! — promote their ideology while simultaneously pocketing huge tax savings. Yeah, we’re subsidizing conservative propaganda. Feels good, doesn’t it?

(We’re also subsidizing a fair bit of liberal propaganda. The Vermont Workers’ Center has become a very well-funded organization thanks to dozens of annual gifts from nonprofit foundations, many of them set up by wealthy individuals. Its biggest donor is the Ben & Jerry Foundation. I’m not equating the Vermont Workers’ Center with the Koch Brothers, but they both sail along on a rising tide of tax-deductible contributions.)

Back to Vermont. Killacky cites a survey that shows “67 percent of people interviewed confirmed that a decrease in income tax deductions would cause them to contribute less.”

Perhaps. I’d like to see how the study was conducted and how the questions were worded. But even if it’s legit, it should have little to no impact on Vermont’s debate over itemized deductions.

That’s because the big kahuna is the federal deduction. A change in Vermont law would have no effect on that far larger tax benefit. There would still be abundant incentive to contribute.

Killacky also fails to mention that Vermont’s current tax rules for the wealthy are among the most generous in the nation. If we put a cap on deductions, we’d no longer be an outlier in our generosity to our wealthiest citizens, but we’d still be plenty generous.

The scare tactics are entirely out of proportion to the real situation. I can understand why Killacky feels obligated to scurry to the defense of his fat-cat donors, but his arguments are unconvincing.